Below you can find an overview of the most frequently asked questions, mainly by journalists, students and the general public. Please do not consider the Q&A list to be final. We will regularly update the list according to the current information needs.
Meaning of abbreviations used in the text:
UR - Ústí Region
MF - Ministry of Finance of the Czech Republic
MIT - Ministry of Industry and Trade of the Czech Republic
MD - Ministry of Defense of the Czech Republic
ACR - Army of the Czech Republic
CZI - CzechInvest Investment and Business Development Agency
IZ - industrial zone
SPZ Triangle - Strategic Industrial Zone Triangle
LP - land-use plan
How it all started and what were the total financial costs of building the SPZ Triangle?
Government Resolution No. 549/2002 of 29 May 2002 approved the transfer of ownership of Žatec Airport to the Ústí Region and the establishment of SPZ Triangle, including the approval of the basic financing framework. The ownership of the Ústí Region was registered in the real estate cadastre on the basis of a contract on the gratuitous transfer of property between the Czech Republic and the Ministry of Defence. During the years 2003 - 2004, the military facilities were knocked down, including the runway, 2005 - 2009 the construction of utility networks and transport infrastructure was completed, while the official opening of the Zone took place on June 29, 2007. SPZ Triangle was built by UR with the support of MIT and CZI. Expenses as at 31 December 2019 amounted to 2.605 billion CZK.
Has the Ústí Region used the state funds to develop the SPZ Triangle legitimately and efficiently?
In 2009, a three-member MIT inspection group carried out an inspection focused on the management of state budget funds, a special account of the Ministry of Finance and a special account of the Ministry of Industry and Trade, which were provided to the UR in the form of a subsidy to support the construction of the SPZ Triangle. The audit group concluded that the beneficiary of the subsidy complied with the set conditions for its use, the ratio of 25% of the use of own financial resources to the total eligible costs for the development of SPZ Triangle and the spent own resources as well as financial resources of granted subsidy were used to implement the Zone in accordance with Decisions issued for this project. Tenders for suppliers of all construction projects, project documentation and engineering activities were carried out in accordance with the relevant legal standards of the Czech Republic and the EU.
Is there any chance that the environment in SPZ Triangle might be compromised?
Not at all. The remediation process was divided into two stages. The first stage dealt with the remediation of the unsaturated zone and took place in the years 2003 - 2004. The second stage focused on the remediation of the saturated zone and was completed during 2004 - 2009. Both stages were positively assessed in terms of meeting the conditions and were carried out in accordance with the implementation project. The target parameters of the remediation activities for soil, building structures and in groundwater have been successfully achieved. The Czech Environmental Inspectorate (CEI) confirmed that the remediation limit was achieved in its decision of September 2009. The five-year post-remediation monitoring ended in April 2014.
What is the geomorphology of the SPZ Triangle?
From the geomorphological point of view, the area of interest is part of the Žatec Basin. It consists mainly of a large plateau, where the inclination ranges from the northwest from the elevation of about 290 m above sea level towards the southeast to the elevation of about 255 m above sea level. The maximum difference between the highest and lowest point of the SPZ Triangle is 20 m while a distance between these points being 3 300 m (average gradient is 0.6%).
How many jobs were created in SPZ Triangle?
As of December 31, 2021, 4,815 people worked at SPZ Triangle.
What is the tax rate on land and buildings for 2023?
A single general rule cannot be applied to precisely determine the amount of the anticipated real estate tax for future investors. Information provided by the Financial Administration shall always be used.
Real estate tax consists of two basic items:

For this reason, the Financial Administration of the Czech Republic has launched a simple application that is available on the tax portal and that facilitates the Search for coefficients for filing for real estate tax, see here.

What is the average gross salary for technical positions in the UR? 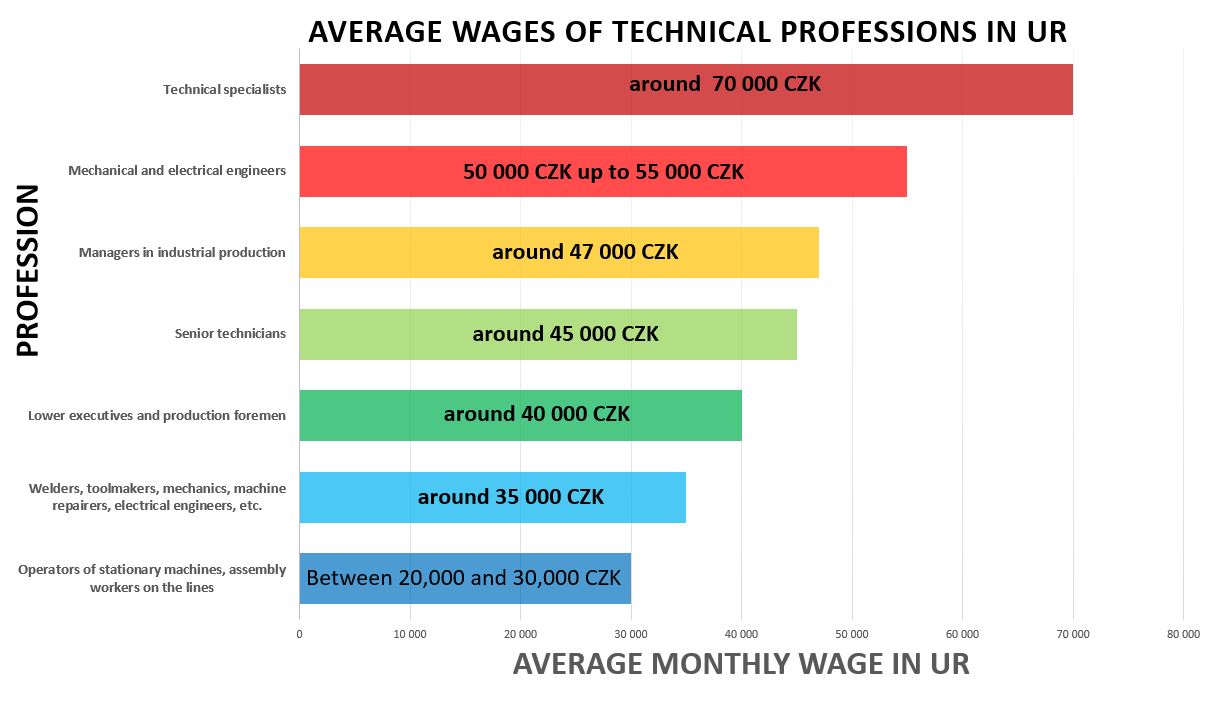 What are VAT rates and payroll taxes?
Click on the image to enlarge it... 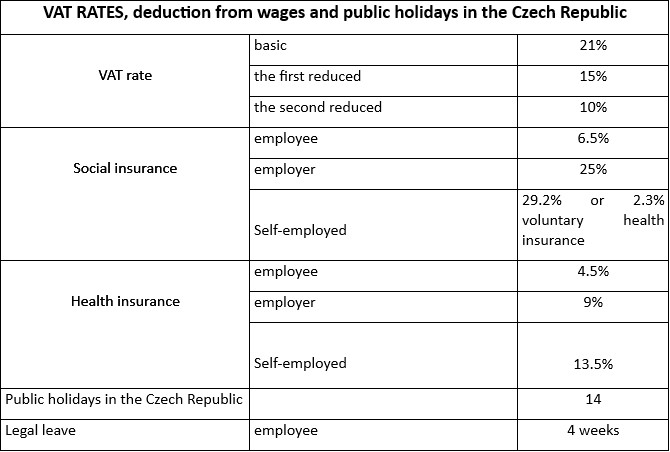 Further information can be found on the websites of the Ministry of Finance, the Ministry of Health and the Czech Social Security Administration.
What is the transport access of SPZ Triangle?
At present, the Ústí Region provides regular public transport services of SPZ Triangle from the catchment areas of Litvínov, Most, Chomutov, Louny and Žatec. All these bus lines provide the basic transport services at times adapted to the shift changes of individual investors occupying SPZ Triangle.